Winners of the 2020 Edition

The 12th edition of the Festival is coming to an end. Because of the unique conditions of this year, we couldn't hold an award ceremony on stage.

So without further ado, here are the winners:

THE CAVE  by Feras Fayyad

A touching real drama brought in front of the viewers with its load of senseless  brutality and blindness of war but also of compassion, kindness, selflessness  and indeed  heroism.

This devastating film captures the viewer with its crudity, skillful cinematography  and its realization under extreme circumstances.

The people in the film deserve a special mention, as they overwhelm the viewer with their passion, courage, professionalism and humanity. Through their specific story the film invites to engage with  universal issues, such as conflict, refugees and women discrimination.

The international jury considers this film a masterpiece, and awards it the best film award.

This well documented, constructed and edited  film is awarded the Sustainable Development Award, for illustrating in depth  how complicated, frustrating but also urgent and necessary it is to fight  climate change and showing the growing unhealthy quality of life in an urbanizing world.

The films “says” more than it shows, and induces thoughts on resistance to change, on our  individual responsibility, our common future and on our planet sustainability.

This film deals at one level with living conditions, emotions and inter-relationships in a female prison, where many girls pay their crimes while enjoying more fun and freedom they ever had.

On another level, the film induces more general considerations on the real meaning of guilt and self-defense and  begs the question “who are the real criminals”?

The film manages, through its skilled concept and form, to expose an environment of male brutality and abuse, becoming a strong call for women’s rights, gender equality and against violence on women.

Special Prize of the Jury

A delicate and intimate immersion, without ever feeling that the camera or the director are imposing, into a family’s inter-relationship, complicated by the Savant’s syndrome affecting Sung Ho and his mother’s determination to empower him.

The empathetic, powerful  film construction captures very well the intricacies of the relationships. The viewer is captured, feels close to the characters and can clearly sense their emotions, especially those of the two brothers.

Special Mention of the Jury

SING ME A SONG by Thomas Balmes

The International Jury decided to award a Special Mention to this film.

The film shows a less-known face of Bhutan and explores the impact of new technologies and globalization on its society, and particularly on teen students of a Buddhist monk monastery and urban youth. It  is well constructed, with subtility and great photography.

Carried by a sensitive and delicate way of directing, Mother reaches a critical virtuosity both in directing and writing. The director's gaze on the protagonists accompanies us with solicitude.

Indeed, the film maintains tension and manages to make us aware of the characters' lives while highlighting, without judgment, the injustice of their respective situations. Starting from concern for the other, the film gradually slides towards an ethical-political approach to health care and medical tourism for the better-off.

Both films defend an idea of cinema, a way of making films, a form of writing that we want to support in the documentary landscape.

They are two different films in their way of film writing, different in their approach to their strong thematic, but both crossed by questions of devices, filmic materials and a critical point of view on the present.

The jury unanimously awards the film Swatted the prize for best film of the International Short Competition. The jury supports emerging filmmakers and was impressed by the esthetically exceptional qualities of this film.

The film is constructed on the border between virtual and reality : a game in-between the 2 worlds. The jury appreciates the choice of the subject, socially engaged and therefore very relevant, and less visible to people who are not part of the gaming community. As such, the film brings a new angle on violence.

Award of Young Belgian Talents Competition, awarded by the Jury of Cinergie and supported by SCAM

STRIP AND WAR by Andrei Kutsila 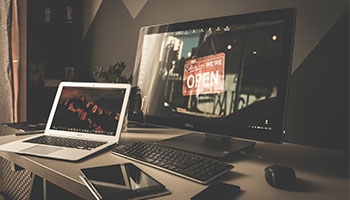 The first 300 tickets are free, therefore, don’t waste another second and go click on the link and watch the documentary for free ! 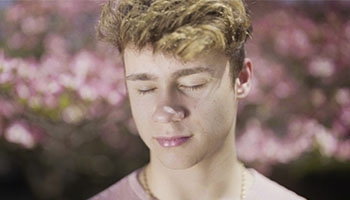 Click on the link and watch it for free now !