In Collaboration with the ACSR


In this edition, we make you discover three different way to wriite documentaries - each puts face to face a “past” and to “a present”, asking the questions: who to choose, what to give, what do we leave behind us ? what to expect tomorrow?

Each approach to documentary rooting from different needs, whether Fanny Lacrosse's, Dimitri Merchie's, or Benoît Luporsi's, and getting our attention in three different ways.

The audience will have the pleasure of hearing the authors explain their approach through video interviews on our website.

Benoit Luporsi gives us a sound portrait of the Meuse department, fighting a landfill project for radioactive waste by National Agency For Radioactive Waste Management.

Unhoped-for economic opportunity for some, high-risk nuclear landfill for others, this landfill, if realized, will change the future of the territory forever. In 2017, when he began this investigation, the opposition just had its first success, but two years later, it had almost disappeared. The French authorities had dismantled the local ZAD and persuaded the local population by offering an additional 500 million euros for the development of the territory.

However, after 25 years of field studies, engineers are still struggling to guarantee the safety of the world's most dangerous garbage can.

The session will broadcast only the first part of this documentary produced by Axolotl, with the support of the acsr and the FACR of the Wallonia-Brussels Federation and the acsr.

"In 2010, a year after the birth of my second child, I had a vasectomy. Like my brother before me and our father before us, but without consulting each other. A coincidence. And a topic of conversation like any other, so that, although I didn't have any more little ones, I created a debate. In this, I found questions, I discovered others, along with life choice that I made one day in good faith, but not in full knowledge of the facts. »

A documentory produced by usine(bis), with the support of the acsr and of FACR of the Wallonia-Brussels Federation

Fanny's grandmother's scout nickname was "Dragonfly", an insect that usually lives in flooded lands. Today, after a stroke, she lives in a retirement home. It's time to clean up her apartment.

But the 'syllogos', lurking in the shadows, has accumulated treasures, it keeps everything, it collects everything: bags, piles of clothes, lianas of jewels, piles of books, dozens of statues, paintings, hundreds of knick-knacks, mirrors, a boat, a world map, plants, bags...

This is the story ... of a legacy, the story of an overflow, but also the story of a void which, stirred by the waves of memory, resurfaces and allows us to tame the chaos and regain space. 'Naufrage en pleine terre', is a little jewel of attention to the other, a sound space of true poetry" (Pascale Tison).

An RTBF production with the support of the acsr (grant for young authors).

The brochure is now available !

Discover the brochure of our 2020 edition! 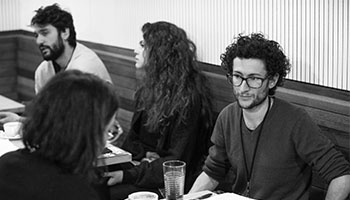 Be part of the youth jury for the 12th edition of the Millenium Festival!

You are between 16 and 25 years old and you are passionate about cinema?

The youth jury of the Millenium Festival is made for you. 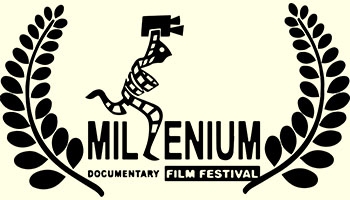