The non-profit Diogène has more than 30 years of experience in the production of independent artistic documentary films, both in Belgium and abroad. The association has worked in collaboration with television channels, international institutions and NGOs and has organised cultural and social events in Europe. The name of the Festival refers to the Millennium Development Goals (MDGs) that have now become the Sustainable Development Goals (SDGs).

The Millennium Festival is intended to be the venue for the screening of high-quality, independent documentary films that talk about our times and encourage viewers to reflect on their relationship to the world. For more than 10 years, the festival's evolution has demonstrated the desire to set up a high-level international event in Brussels, cultural capital city in the heart of Europe. The Millennium Festival highlights films whose themes are linked to the major challenges and objectives of the 21st century, adopted by the United Nations in 2000, and which reflect humanity's dreams and ambitions for a more fair and equitable world.

Belgian cinema, by the quality and personality of its works, has naturally taken a place in the programming. Particular attention is paid to young directors with master classes, round tables and a competition dedicated to young talents. This is in order to strengthen the distribution and promotion of Belgian documentaries, with a view to creating synergies and professional opportunities for filmmakers.

Since its creation in 2009 by Lubomir Gueorguiev and Zlatina Rousseva, the MILLENIUM International Documentary Film Festival screens more than 80 films from all over the world each year. The Millennium Festival is held every year in March. 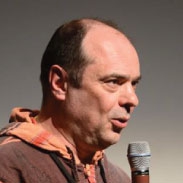 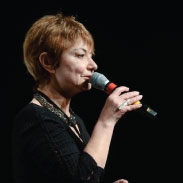