The 2021 edition of the Millenium Festival will take place from May 5 to 30 !

Given the current situation, the films will be broadcast online in three parts! Each part will allow you to watch a series of films on the Sooner platform in Belgium. These films will then be accessible until the end of the Festival or when the number of available seats is sold.

First round of films : online on Sooner from 5.05

Second round of films : online on Sooner from 12.05

Third round of films : online on Sooner from 19.05

This digitalization also takes the form of Millenium Studios, during which films from the program and major issues of our time will be highlighted with exceptional guests! These debates will be followed live on Facebook Live.

The Millenium Festival has always had the ambition to question, through documentary cinema, the major issues and perspectives of our world, and this, by going beyond all forms of divisions. This is reflected in a selection of films that broaden our vision, provoke reflection and open up a dialogue in a plural way.

Here is a small preview of the major topics that will be discussed during this edition and a sample of 10 films to discover very soon.

"Democracy is not a place where you get a mandate based on promises, and then you do with it what you want." - Winston Churchill

Have we nurtured the illusion that democracy is a political model that is definitively based on the sovereignty of the people? Are the pillars and rights that underpin it still as solid?

➡ 'PASSION - BETWEEN REVOLT AND RESIGNATION'

"Alone we are incomplete: we are meant to be united." - Virginia Woolf

A positive symptom of the pandemic that has disrupted all strata of our lives: the essential place of human relationships at the heart of our lives. A vital preoccupation that is reflected in the avalanche of films received this year on this theme.

➡ 'RADIOGRAPHY OF A FAMILY'

"Nature is by definition the living complex in which human beings must finally find their rightful place if they do not want to be eradicated by their own mistakes." - Pierre Rabhi

Since its inception, the Millenium Festival has given a central place to the preservation of the environment. This year is no exception with powerful, challenging and even disturbing films.

➡ 'THE STORY OF PLASTIC'

"Freedom and human dignity must be effective, and there is no point in saying that everyone must live free if they do not have the means to live." - Henri Leclerc

What is nowadays the situation, here and elsewhere, of the respect and dignity of our humanity? From the safeguarding of individual liberties to workers' rights, what guarantees can we hope for in the future of contemporary societies?

"The diversity of human cultures should not invite us to a fragmented or divided observation." - Claude Lévi-Strauss

Beyond our microcosms and our borders, other worlds are living, developing, or surviving. This concerns us, directly or indirectly, and resembles us much more than we could imagine... 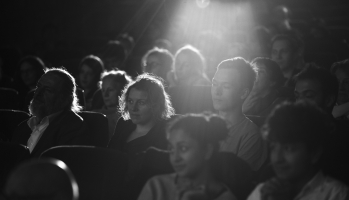 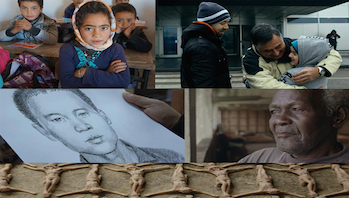