Support for Julian Assange and whistleblowers

Support for Julian Assange and Freedom of Expression

Washington's extradition request for Julian Assange will be processed in London next month, in February 2020.

The Millennium Festival is a defender of freedom of expression and that is why we support Julian Assange more than ever.

The 2020 edition of the Millennium Festival organizes a focus on whistleblowers.
>> More information

On November 20, we organized a screening of the documentary Hacking Justice followed by a big debate with the presence, among others, of Baltasar Garzon, Assange's main lawyer. You can discover this debate via the video below.

This Wednesday November 20, the Millenium Festival and BOZAR joined forces for a one of a kind event: the showing of the documentary Hacking Justice, which was then followed by a debate "How can we support investigative journalists and whistle blowers ?". We had some prestigious guests for this debate : Baltasar Garzón, Assange’s lawyer; Clara López Rubio, the producer; Marie Arena, chair of the European Parliament's Subcommittee on Human Rights; and Stefania Maurizi, investigative journalist for the Italian daily La Repubblica.

With 500 participants, the event demonstrated impressive civic engagement for the freedom of speech and the right to information, both fundamental values of democracy. It was a movement to protect the work of journalists, artists, and whistle blowers; a mobilization for a cause that affects all of us.

We would like to thank all the medias that took action to talk about Assange’s case as well as the speakers; Marc Molitor et Vincent Engel, the debate moderator; the interpreters, Alejandra Uribe Restrepo, Elena Arroyo Torres and Yves Maenaut; and all the participants. 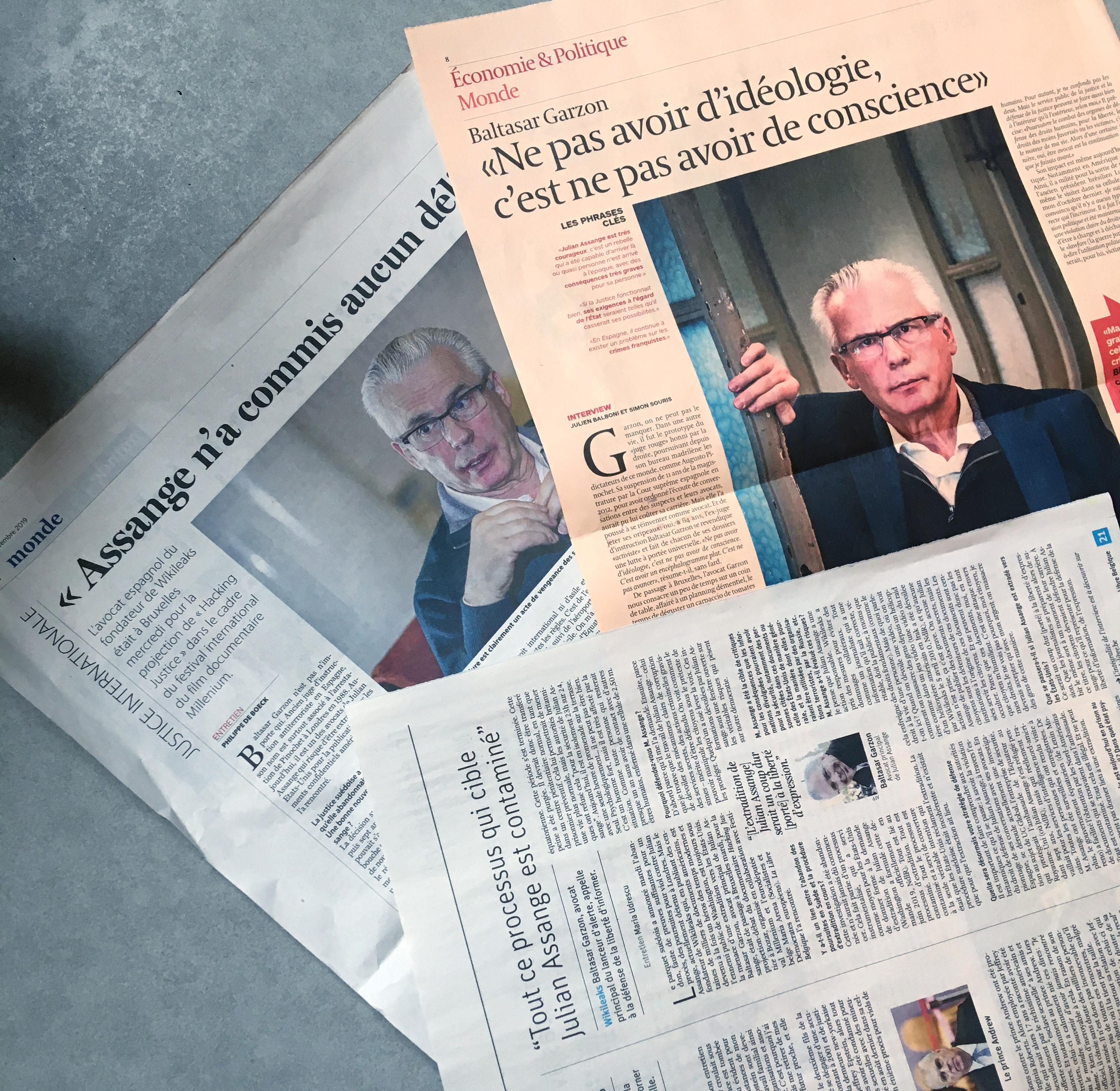 Postponement of the 12th edition of the Festival

How has digitalisation profoundly impacted our lifestyles and consumption patterns?

"Docs for climate" are strong documentaries dealing with current environmental issues, seen through different points of view. But it is also an opportunity to participate in major discussions on our consumption, climate justice, biodiversity, climate migration,...